The biggest difference between LED lighting and traditional lighting, LED lighting is a complete electronic product, and traditional lighting is only an electrical product. Therefore, LED lamps can be easily associated with various types of sensors, thereby achieving various automatic control functions such as light control and infrared control. For example, the automatic switch of LED street light can be easily realized by a photosensitive sensor; community night walkway and courtyard lighting can use infrared sensors to collect human activity information and automatically open and close lighting fixtures.

As a device for signal acquisition and electromechanical conversion, the electromechanical technology of the sensor is quite mature. In recent years, the rise of MEMS technology has pushed the sensor technology to miniaturization, intelligence, multi-function and low cost. Various types of sensors, such as photosensitive sensors and infrared sensors, can be combined with LED lighting fixtures to form an intelligent control system. The sensors convert various collected physical quantity signals into electrical signals, which can be integrated into an AD (analog-to-digital) converter. The MCU (microcontroller) and DA (digital-to-analog) converters intelligently process the acquired signals to control the opening and closing of the LED lighting fixtures. Humans can set various control requirements on the MCU to control the switching time, brightness, color rendering, and colorful changes of the LED lights, thereby achieving the goal of saving energy and saving energy. A system block diagram of sensors and LED luminaires. The current integrated circuit manufacturing technology can integrate AD, DA, and MCU in a 5mm & TImes; 5mm or smaller package, and it is convenient to install in the luminaire. 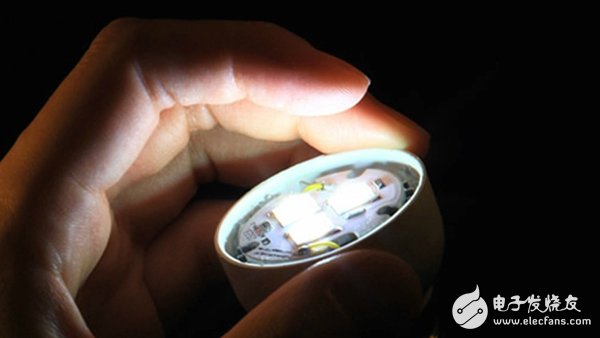 Wind-electric LED street light is a highly intelligent and unattended road lighting fixture that uses wind and sunlight to generate electricity and uses batteries to store energy. Therefore, automatic energy management is very important. Photosensitive sensor is an ideal electronic sensor that can control the automatic switching of the circuit due to changes in illumination during dawn and sunrise (sunrise, sunset).

Photosensitive sensors can automatically control the opening and closing of LED lighting in shopping malls according to weather, time zone and region. Reduce power consumption by reducing its output power during bright daylight hours, and convenience stores with a store area of â€‹â€‹200m2 can reduce power consumption by up to 53% compared to when using fluorescent lamps. The life span is also about 50,000 to 100,000 hours. Under normal circumstances, the life of LED lighting fixtures is about 40,000 hours; the color of the light can also be RGB (red, green and blue) colorful and colorful, making the mall more colorful and more active; with the use of yellow phosphors Compared with the original blue LED, the purple LEDs that use the red, green, and blue phosphors have higher color rendering properties.

Passive infrared sensors have three key components: Fresnel filter lenses, pyroelectric infrared sensors and matched low noise amplifiers. The Fresnel lens has two functions: one is the focusing effect, that is, the pyroelectric infrared signal is refracted on the PIR: the other is to divide the detection area into several bright and dark areas, so that the moving object/person entering the detection area can A varying pyroelectric infrared signal is produced on the PIR in the form of a temperature change. It is also generally matched with a low-noise amplifier. When the ambient temperature on the detector rises, especially when it is close to the normal body temperature (37 Â°C), the sensitivity of the sensor decreases, and the gain is compensated by it to increase its sensitivity. The output signal can be used to drive an electronic switch to achieve switching control of the LED lighting circuit.

Ultrasonic sensors similar to infrared sensor applications have found more applications in the automatic detection of moving objects in recent years. The ultrasonic sensor mainly uses the Doppler principle to emit a high-frequency ultrasonic wave that is more than the human body can perceive through the crystal oscillator. Generally, a 25~40 kHz wave is selected, and then the control module detects the frequency of the reflected back wave. If there is object motion in the area, the reflection The wave frequency will have a slight fluctuation, that is, the Doppler effect, in order to determine the movement of the object in the illumination area, thereby achieving the purpose of controlling the switch.

The longitudinal oscillation characteristics of ultrasonic waves can propagate in gases, liquids and solids, and their propagation speeds are different; it also has refraction and reflection phenomena, which have a low frequency of propagation in air and a fast decay, but attenuate in solids and liquids. Smaller and more distant. Ultrasonic sensors take advantage of these characteristics of ultrasound. Ultrasonic sensors have a large sensitivity range, no visual blind spots, and no interference from obstacles. This technology has been used in commercial and security fields for more than 25 years and has proven to be the most effective method for detecting small object motion. Therefore, the system with the LED luminaire can be sensitive to the control switch.

The AGM is a newer type sealed lead-acid that uses absorbed glass mats between the plates. It is sealed, maintenance-free and the plates are rigidly mounted to withstand extensive shock and vibration. Nearly all AGM batteries are recombinant, meaning they can recombine 99% of the oxygen and hydrogen. There is almost no water is loss.

The charging voltages are the same as for other lead-acid batteries. Even under severe overcharge conditions, hydrogen emission is below the 4% specified for aircraft and enclosed spaces. The low self-discharge of 1-3% per month allows long storage before recharging. The AGM costs twice that of the flooded version of the same capacity. Because of durability, German high performance cars use AGM batteries in favor of the flooded type.

Â· Inexpensive and simple to manufacture.

Â· The self-discharge is among the lowest of rechargeable battery systems.