Skip to content
Compared to GPUs and GPPs, FPGAs offer an attractive alternative to meeting the hardware requirements for deep learning. With pipelined parallel computing capabilities and efficient power consumption, FPGAs will demonstrate the unique advantages that GPUs and GPPs do not have in general deep learning applications. At the same time, algorithm design tools are maturing, and it is now possible to integrate FPGAs into commonly used deep learning frameworks. In the future, FPGAs will effectively adapt to the development trend of deep learning, and ensure that related applications and research can be realized freely.
Author: Griffin Lacey Graham Taylor Shawaki Areibi Source: arxiv
Abstract <br> The rapid growth of data volume and accessibility in recent years has transformed the artificial intelligence algorithm design philosophy. The manual creation of algorithms has been replaced by the ability of computers to automatically acquire combinable systems from large amounts of data, leading to major breakthroughs in key areas such as computer vision, speech recognition, and natural language processing. Deep learning is the most commonly used technology in these fields, and it has also received much attention from the industry. However, deep learning models require an extremely large amount of data and computing power, and only better hardware acceleration conditions can meet the needs of existing data and model scales. Existing solutions use a graphics processing unit (GPU) cluster as a general purpose computing graphics processing unit (GPGPU), but field programmable gate arrays (FPGAs) offer another solution worth exploring. Increasingly popular FPGA design tools make it more compatible with the upper-layer software often used in deep learning, making FPGAs easier for model builders and deployers. The flexible FPGA architecture allows researchers to explore model optimization outside of a fixed architecture such as a GPU. At the same time, FPGAs perform better under unit power consumption, which is critical for large-scale server deployments or research on embedded applications with limited resources. This article examines deep learning and FPGAs from a hardware acceleration perspective, pointing out the trends and innovations that make these technologies match each other and motivating how FPGAs can help deepen the development of deep learning. 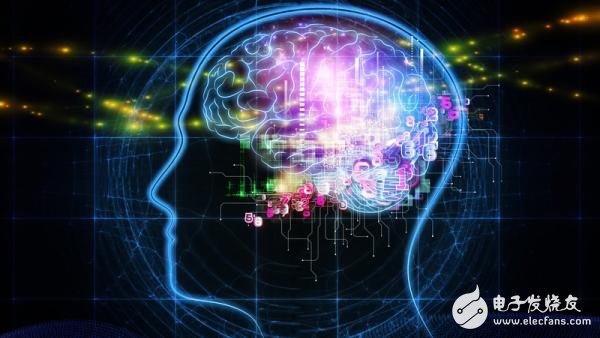 FPGA deep learning research milestones:
1987VHDL becomes IEEE standard
1992GANGLION became the first FPGA neural network hardware implementation project (Cox et al.)
1994 Synopsys introduces the first generation of FPGA behavior integration program
1996VIP became the first FPGA implementation of FPGA (ClouTIer et al.)
2005 FPGA market value is close to 2 billion US dollars
2006 First use BP algorithm to achieve 5 GOPS processing capability on FPGA
2011 Altera introduces OpenCL and supports FPGA
Large-scale FPGA-based CNN algorithm research (Farabet et al.)
2016 based on the Microsoft Catapult project, the emergence of FPGA-based data center CNN algorithm acceleration (Ovtcharov et al.)
4. Future Prospects <br> The future of deep learning, whether in terms of FPGA or overall, depends primarily on scalability. For these technologies to successfully solve future problems, they must be extended to support the rapid growth of data scale and architecture. FPGA technology is adapting to this trend, and hardware is moving toward larger memory, smaller feature points, and better interconnectivity to accommodate multiple FPGA configurations. Intel's acquisition of Altera, IBM and Xilinx, both indicate changes in the FPGA field, and may soon see the integration of FPGAs with personal applications and data center applications. In addition, algorithm design tools may move toward further abstraction and experiencing software, attracting a wider range of users.
4.1. Common Deep Learning Software Tools <br> Among the most commonly used software tools for deep learning, some tools have already recognized the need to support OpenCL while supporting CUDA. This will make it easier for FPGAs to achieve deep learning. Although as far as we know, there are currently no deep learning tools that explicitly support FPGAs, but the following table lists which tools are moving toward supporting OpenCL:
Caffe, developed by the Berkeley Center for Visual and Learning, provides informal support for OpenCL in its GreenTea project. Caffe also supports AMD versions of OpenCL.
Torch, a scientific computing framework based on the Lua language, has a wide range of uses, and its project CLTorch provides informal support for OpenCL.
Theano, developed by the University of Montreal, is currently providing gpuarray backends to provide informal support for OpenCL.
DeepCL, an OpenCL library developed by Hugh Perkins, is used to train convolutional neural networks.
For those who have just entered the field and want to choose tools, our advice is to start with Caffe, because it is very common, support is good, and the user interface is simple. It is also easy to experiment with pre-trained models using Caffe's model zoo library.
4.2. Adding Training Freedoms <br> Some people may think that the process of training machine learning algorithms is completely automatic. In fact, some hyperparameters need to be adjusted. This is especially true for deep learning, where the complexity of the model is often accompanied by a large number of possible hyperparameter combinations. The hyperparameters that can be adjusted include the number of training iterations, the learning rate, the batch gradient size, the number of hidden cells, and the number of layers. Adjusting these parameters is equivalent to picking the model that best fits a problem among all possible models. In the traditional approach, the setting of hyperparameters is either empirical or based on a systematic grid search or a more efficient random search. Recently, researchers have turned to adaptive methods, and the results of the hyperparameter adjustment are the basis for configuration. Among them, Bayesian optimization is the most commonly used method.
Regardless of the method used to adjust the hyperparameters, the current training process using fixed architectures limits the possibilities of the model to some extent, that is, we may only look at a part of all the solutions. Fixed architecture makes it easy to explore hyperparameter settings within a model (eg, hidden cell count, number of layers, etc.), but it is difficult to explore parameter settings between different models (eg, different model categories) because It can take a long time to train on a model that does not simply fit a fixed architecture. Conversely, the FPGA's flexible architecture may be better suited to the above optimization types because FPGAs can write a completely different hardware architecture and accelerate at runtime.
4.3. Low power compute clusters Low-energy computing node clusters <br> The most fascinating aspect of the deep learning model is its ability to scale. Whether it's to find complex high-level features from data or to improve performance for data center applications, deep learning techniques often scale across multi-node computing infrastructure. The current solution uses GPU clusters and MPIs with Infiniband interconnect technology to enable parallel computing power and fast data transfer between nodes. However, when the load of large-scale applications is getting different, using FPGAs may be a better method. The FPGA's programmable circuitry allows the system to be reconfigured based on application and load, while the FPGA's power consumption ratio is high, helping next-generation data centers reduce costs.