Skip to content
The curved TV/monitor has been considered as a â€œhigh and lowâ€ high-end TV product since it was launched by Samsung in 2013 and officially launched in 2014. However, on the surface TV/display cohesion forum that was held on the recent theme of â€œsurface perfectionâ€, Beijing Zhongyekang Times Market Research Co., Ltd., an industry-renowned market adjustment company, claimed that it was â€œhigh and highâ€ and predicted In 2016, the sales volume of curved TVs in the Chinese market will reach 2.3 million units, and it will be expected to exceed 4 million units in 2017. The sales volume of curved display units is expected to reach 2 million units in 2016 and 5 million units in 2017. 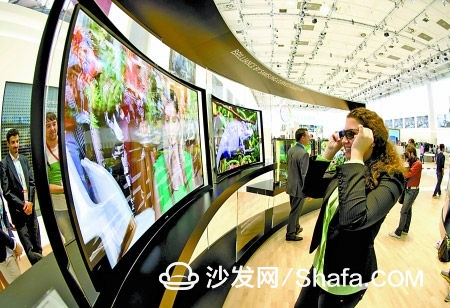 The reason why the sales volume of curved TV/monitors is bullish is the improvement of the upstream supply chain and the maturity of the ecosystem. According to Samsungâ€™s display of the Strategic Market Team in Greater China, Mr. Chang Xuanhao introduced that Samsung currently shows that almost all surface production lines in Korea have been started to ensure the supply of curved screens. "In order to popularize reasonable prices, the overall cost of the curved panel has become nearly flat, and the price difference between the plane and the surface has become smaller and smaller, so the supply will become better and better," he said.

Therefore, curved TV/display products have gradually become popular from the high end. According to the â€œ2016-2021 China CRT TV Industry Market Demand and Investment Planning Analysis Reportâ€ released by the Industry Research Institute of Forward Looking, it is pointed out that currently, there are Samsung, Changhong, Haier, Hisense, Konka, LeTV, TCL, and Micro-whale in the Chinese market. TV companies such as Xiaomi, TV companies such as TPV, and Wytech displayed a total of more than 20 brands and joined the surface camp. The products covered all major sizes, and the model numbered as many as 155 models.

The most important reason why color TV companies choose curved TVs is the technological fashion sense of curved TV appearance and the prevailing feeling when watching. According to Xiaomi co-founder and Xiaomi TV CEO Wang Chuan, millet 3S, a 65-inch curved TV launched by Xiaomi in March of this year, was considered by fans as the most beautiful millet TV. Curved TV has led the fashion trend. According to Wang Zhiyong, chairman of Waikart Electronics, the curved screen has a good sense of presence, so the computer monitor is more easily accepted by consumers than the television, because after all, consumers are closer to the monitor, with better sound effects and games. Experience. Duan Zhenhua, vice president of TPV and general manager of Edmond Technology, even believes that although the current PC market is not a tuyere industry, curved display is just right.

Under the joint promotion of color TV manufacturers and industrial chains, curved TVs have attracted more and more attention, especially in the second half of the year, which is expected to usher in a new round of development.

Chang Dong, general manager of Konka Group, said at the meeting that in the second half of the year, the color TV giants had many promotion points. During the National Day and Double 11 promotion, they would unite with well-known companies to promote on curved TVs. The newlyweds were one of the main groups. In addition, Konka will invest heavily in online education and games, stimulating consumer awareness of curved television, especially online consumer groups. In the future, Konka will be one of the core groups targeted by the group.

Similarly, Changhong is also optimistic about the prospects of curved TVs in the second half of the year. For many audiophiles and home theater enthusiasts, curved TVs should be the best choice to enjoy the comfort of audiovisual theater. After 70 to 90 after the target consumer groups, will be more inclined to choose curved TV this stylish lifestyle.

For the development direction of curved TV, Hu Jianchong, general manager of Hisense Group, put forward two suggestions. One is to broaden the product line, so that consumers have more choices; the second is to increase the market size and promotional capabilities. , to allow consumers to more truly and clearly understand the advantages of curved TV.

In today's weak TV market, curved TV is expected to become a "strength agent" for market growth, and become an important force to promote the development of color TV market, its performance is worth the wait.

As we know, Lithium Battery has many advantages.

Self-discharge is small, under 2% per month (recoverable). No memory effect. The operating temperature range is -20â„ƒ ~ 60â„ƒ. Excellent cycle performance, fast charging and discharging, charging efficiency up to 100%, and large output power. Long service life. It does not contain poisonous and harmful substances and is called green battery.