First of all we must understand a mathematical operation, it is called a hash (hash). The hash algorithm maps an arbitrary-length binary value to a shorter, fixed-length binary value. This small binary value is called a hash value. A hash value is a unique and extremely compact numerical representation of a piece of data. If you hash a plaintext and change only one letter of the paragraph, the subsequent hash will produce a different value. It is computationally impossible to find two different inputs that hash to the same value, so the hash of the data can verify the integrity of the data. Generally used for quick lookups and encryption algorithms. 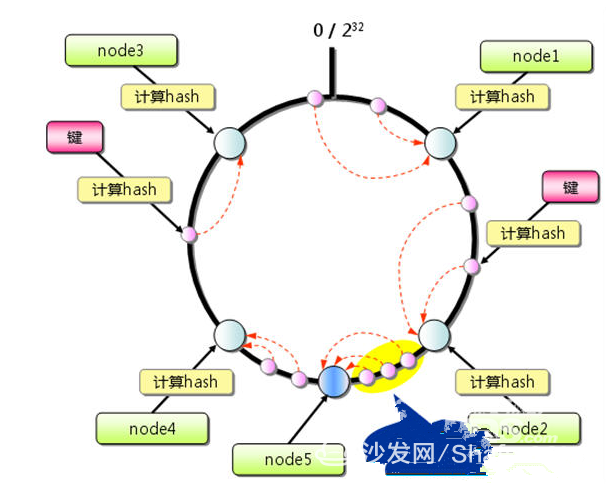 This is an irreversible operation, you can not solve the original unknown by the result of the operation, and sometimes we also need different unknowns to calculate the results obtained by the algorithm can not be the same, that you are unlikely to find two different values Get the same result by hashing. Hash is a general term for a class of algorithms. Usually hash algorithms are public, such as MD5, SHA-1, and so on. We usually say WPA password is actually called PSK (pre-shared key), the length is generally 8-63 bytes, it plus the SSID through a certain algorithm can get PMK (pairwise master key). PMK=SHA-1(ssid,psk) , the length of PMK is fixed-length, both are 64 bytes. Because the process cost of calculating PMK is relatively large, it is the key that we break and spend a long time, so adopt PMK Shiji with the principle of space for time, Mr. This thing is a good table is often called HASH table (Generate PMK algorithm is A hash) This work is done using the airlib-ng tool, which is how our fast cracking comes.

At the time of authentication, a PTW (pairwise temporary) is generated. This is a set of keys. The details are not described in detail. Its generation method is also a hash. The parameters are the client MAC address of the connection, the BSSID of the AP, and A. -NONCE, S-NONCE, PMK, where A-NONCE and S-NONCE are two random numbers, ensuring that each connection will generate a different PTK. PTK calculations consume very little. PTK plus packet data uses a certain algorithm (AES or TKIP) to obtain ciphertext and a signature, called MIC (message integrityity check). The reason why tkip is cracked is related to this mic. Four-way handshake package contains the above things? The client's MAC address, AP's BSSID, A-NONCE, S-NONE, MIC, and the most critical PMK and PTK are not included in the handshake packet!

The principle of authentication is that after obtaining all the above parameters, the client calculates a MIC and sends the original text along with the MIC to the AP. The AP uses the same parameters and algorithms to calculate the MIC and compares it with the client. If they are consistent, The certification passes, otherwise it fails. The current method of cracking is that after we get the handshake packet, we use the PSK+ssid in our dictionary as PMK (if there is a HASH table to skip), and then combine the handshake packet (client MAC, AP's BSSID, A-NONCE , S-NONCE) Calculate the PTK, add the original message data and calculate the MIC and compare it with the MIC sent by the AP. If they are the same, the PSK is the key.

At present, the most time-consuming is counting PMK, which is a bottleneck for cracking. Even if you get the problem of computing volume, a huge amount of key storage is a problem (PMK is 64 bytes in length)! The recently released tkiptun-ng can only unlock packets encrypted with tkip. It does not mean that PMK or PSK can be quickly calculated. If you are interested, you can go to the bookstore and look at the Hash book. Maybe you have cracked these hash algorithms.

The wpa_supplicant package has a gadget, called wpa_passphrase. It has the same effect as airolib-ng and is used to generate PMK. This tool should be included in the backtrack. For example, if there is a ssid for TP-LINK and PSK is 12345678, then the method for generating PMK is wpa_passphrase TP-LINK 12345678. The result should be:

1. For industrial control, special or general-purpose circuit board, the bottom circuit is completed, and IO is reserved. After buying the industrial control circuit board, the input and output ports reserved on the circuit board are connected to the user's own device, such as motor, solenoid valves, sensors, thus completing the function want to accomplish.
2. The special circuit board is a board specially designed for a certain function, such as the temperature control circuit board. After buying it, the input port is connected to the thermocouple, and the output port is connected with a heating contactor or a solid state relay to control the heating device to complete the temperature control. There are flow control boards, motion control boards, etc.
3. The universal control board, most of which can be programmed, after the user's own secondary development, completes a specific function, and has a wide range of uses. For example, plc is a general industrial control board. After the user writes the program and compiles the input, various functions can be completed. Digital input, analog input port, high-speed counter port, digital output port, analog output port, and some also have communication function.